Tamiya launched a new set of figures for WWII fans, this set of highly realistic figures and accessories recreates Luftwaffe personnel assigned to the Africa Corps. The 8 figures are in a variety of authentic poses, including an officer barking out orders, non-commissioned officer in shorts, soldiers with shells and a rangefinder,and some boxes too.Includes parts to recreate explosive and armor piercing shells, as well as empty rounds, plus shell rack, rangefinder, shovel, hammer and so on.

About Luftwaffe units in the Africa Corps

Rommel's Africa Corps included a number of Luftwaffe anti-aircraft units, equipped with 88mm guns used not only in ground-to-air situations but also in engagements with enemy armor such as Matildas and M3 Grants. The units' teamwork was a constant boon for the Africa Corps, whether the enemy was airborne or a land vehicle.

Both Army and Luftwaffe troops in North Africa received tropical uniform. The Luftwaffe version had a large pocket over the left knee, and other small differences. The sand-colored cloth was lighter than the Army equivalent, but faded rapidly in the sweltering heat, leading to many different shades.

Hobbylink Japan already have it in $9.10 At last some manufacturer have the guts to offer this huge glider (About 2.5 feet long!) with british paratroopers. Yes, Smell like Market Garden Diorama to me!
Stay tune, this baby is coming very soon
CB35195 - Airspeed A.S. 51 Horsa Glider Mk 1 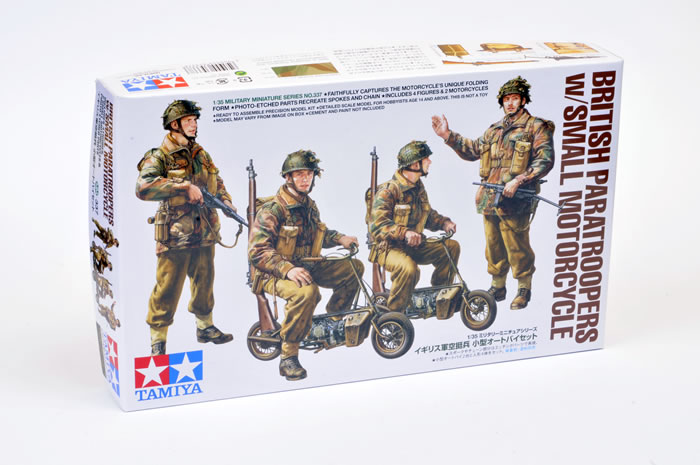 Repost from Missing Linx, Reviewed by Bett Green (http://missing-lynx.com/reviews/britain/tamiya35337reviewbg_1.html)
Tamiya brought to us this time a unusual item, the Welbike, used by paratroopers during WWII, here I share the review of Bett Green.

"The diminutive Welbike was a motor scooter developed by the Excelsior Motor Company in response to a 1943 requirement for a vehicle that could be dropped by parachute. At this time there were no British aircraft capable of carrying a jeep or other motorised transport. The Welbike weighed just 75 lbs and could be folded to fit inside a compact drop container, but it was uncomfortable to ride and it could only carry a single Paratrooper.

Despite its limitations, the Welbike was used during the D-Day invasion and Operation Market Garden. Its two-stroke, two cylinder 98cc engine delivered a range of 90 miles. Beats walking in full battle gear I suppose!" 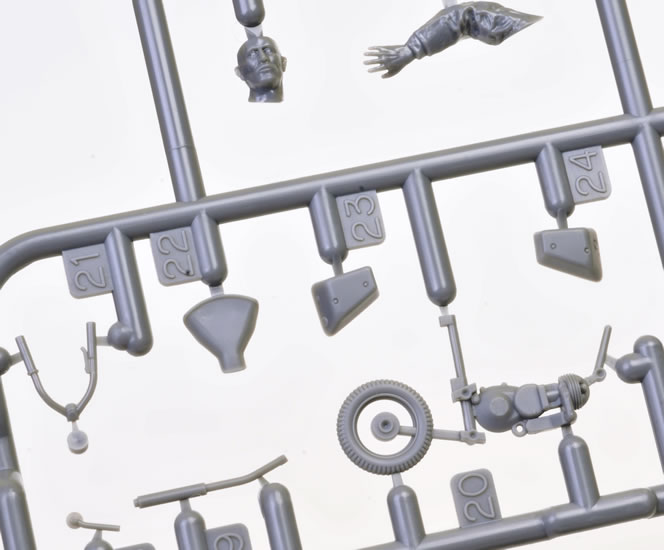 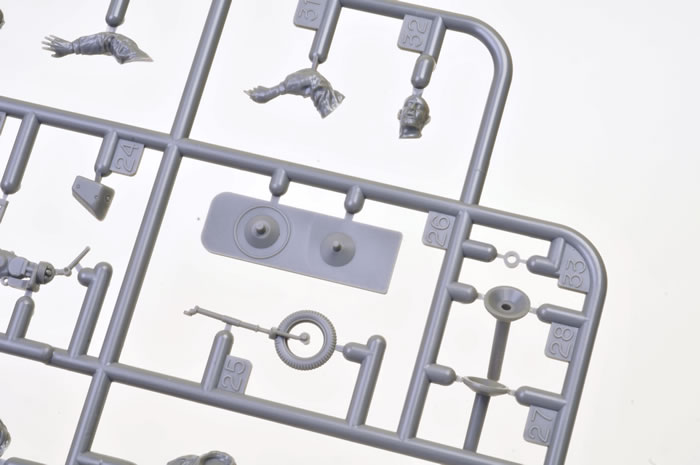 The Welbikes and figures are presented on two identical sprues, each complete with parts for a scooter plus the figure parts. The bikes may be built deployed or folded. Tamiya offers optional heads and arms so that the figures will look suitably different from each other despite being sourced from two basic sets of parts. 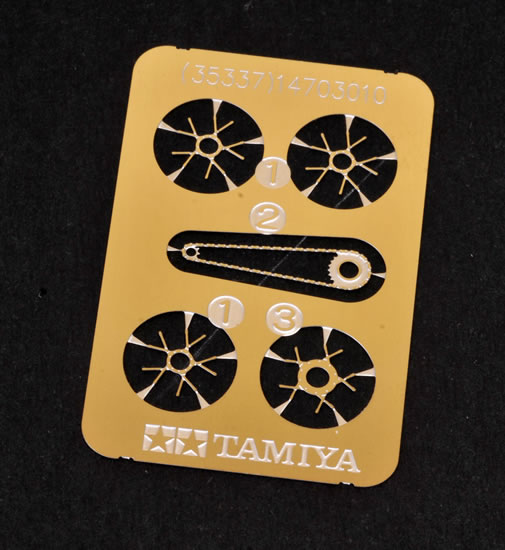 The photo-etched fret provides finely detailed spokes for the wheels and drive chains. I believe that this is the first time Tamiya has included fine photo-etched detail with a military bike or motorcycle kit, and it is a very welcome development. In 1:35 and smaller, photo-etch is really the only way to accurately depict spokes in scale.

A four-piece plastic jig is provided to press the spokes to the correct shape. The bikes are made up from eleven plastic pieces each, plus six photo-etched parts.

The figures are nicely detailed. Arms, legs, torsos, heads and helmets are all separate. The para helmets do not have camouflage netting. Two of the figures are seated on the bikes and two are standing. All are in casual poses.

Master Box US and German paratroopers, South of Europe, 1944

A new and interesting kit is coming very soon from MasterBox including to civilian womens taking a bath while the war goes on around them. See the box art and

This kit is due to July so start looking at you hobby shop or ebay!

As we know Bravo 6 have a fantastic range of figures of the Vietnam Era, this is no the exception with the upcoming kits, this time in a resting pose.
The figures looks very detailed, one of them is in his bare feets  playing the guitar and the other standing with the harmonica. Another great set for a diorama or stand alone.
Coming soon.
http://bravo6.diorama.ru/

The figure depicts Polish Boy Scout from the Warsaw Uprising, 1944. The figure is cast in high quality resin. It is unpainted and requires assembly.

The figures are sculpted in 1/35 scale by Andy Cairns, the owner of AC Models. Designed for AFV Command Car WC 56/57, the kit contains 5 figures (4 crewmembers and a local man), and a folded tilt for the back of the vehicle. The set is cast in resin.

Dragon new Figure model kit for the movie the Hobbit its a real surprise!, We expected another superhero from Marvel or DC Comic, but its most welcome! expecteing to see then the dwarfs and Gandalfs in upcoming releases, here it is:

This scintillating new line from Dragon features movie blockbuster characters in 1/9 scale. Each stunning character is faithfully reproduced in model kit form, allowing collectors to assemble their figures individually. Each of the world-famous characters in the series is the end product of exhaustive CAD design, and the heroes are made with an eye to perfect accuracy and authenticity. Furthermore, the model figures are separated into as few parts as possible to ensure they're extremely easy to assemble. Indeed, within about an hour – or at the most an evening – collectors can complete assembly of their action hero in a suitably dramatic pose.

This is faithfully reproduced in model kit form, allowing collectors to assemble their figures individually.

This is the end product of exhaustive CAD design, and the heroes are made with an eye to perfect accuracy and authenticity.

The model figures are separated into as few parts as possible to ensure they're extremely easy to assemble.